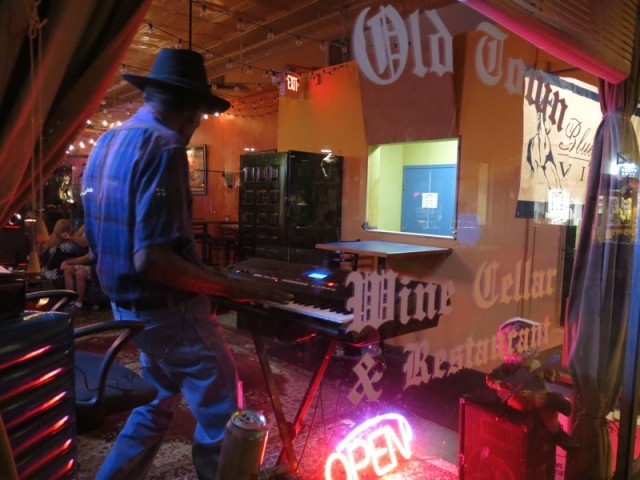 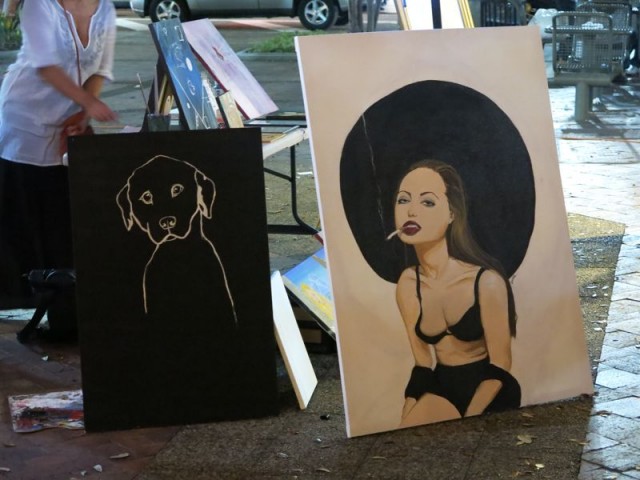 I went to a CD release party for the guitar quartet called Dither a few weeks ago. Dither is emulating the Bang on a Can mission by producing casual concerts of new music in unique settings. Indeed, they are the group that graced the program cover for the recent Bang on a Can Marathon. The Invisible Dog gallery — so named because it was the Carroll Gardens factory where the original “invisible dog leashes” were traditionally manufactured — is a wonderful building with a gallery on the first floor and artist studios above. These were taken during the “If You See Something, Say Something” art show and a mostly different show is there now. More info on the art can be found at the site. I had a great time and apologies for not posting these sooner!

I’ll have a gigantic winter tree series up soon. In the meantime, here’s a conceptual piece from the 14th Street subway station and the Life Underground series. I posted a few photos from here before. It’s funny how sometimes people post this stuff and just say “crazy.”

I am thankful for a year of mostly no work and having a lot of time to think and read and watch movies, but now I really need some work. My health is great thanks to a mostly vegan diet. I very much enjoyed the PeTA ad that got rejected by NBC. The heavy-handedness is getting a lighter touch. I don’t believe humans will ever be all vegetarians but I think we can maybe go for a more humane and healthy approach to food.

I added a couple more hundred CDs to the pile at Amazon.

Everyone knows how to win the mid-term elections except for Democrats.

I was up there earlier today and had a blast.

I really like this photo. Even though the composition is completely split in half, both halves are satisfying and normally, you’d see the top half with a sunset over it. Hmmm.

I got booked to DJ a party at SiP for a bunch of jazz musicians this Saturday night. DJing for musicians is sort of like compiling a slide show for photographers. It’s curating a museum show for artists! I’m flattered and nervous.

Sometimes I am here to make sure my blog hasn’t been compromised and then realize: well, I should publish something since my blog is fine and I am now logged in. Posting something will help me sleep. The twitter thing below will fill you in on the rest of tonight. Look over there. People are talking about Kandinsky.

At Lincoln Center yesterday, there was a graduation ceremony for Juilliard students. I found it odd they couldn’t turn the fountain on as part of the festivities — all those snapshots of parents and new graduates in their fine clothes and lint-free graduation gowns made lacklustre by some cost-cutting bureaucrat.

The refurbishing of Alice Tully Hall across the street is magnificently successful. Looking a little dangerous, right on the corner, a public bleacher with glass edges juts out of the sidewalk at a knife-like angle. Presumably, there will be pleasant jazz trios (avoiding hard bop and free jazz) performing at the base for lunchtime enjoyment. The roof that parallels over the outdoor bleacher now houses the new balcony area of the hall inside.

The glassed-in public lobby dovetails nicely with a Slavoj Zizek talk I heard recently. Zizek argues that new architecture for public performance spaces is a bonafide outreaching to different classes for dialogs in high-brow and low-brow culture. They have by necessity become these goofy institutional public/private spaces made special by good architects and well-meaning underwriters for the arts. Unfortunately, the café counter in this lobby only seems to be serving drinks and food directly before performances. (I could be mistaken.)

The hall itself is generally more woodsy than before and the acoustics are superior. I don’t like that the new seats lack a spring to make the seats raise by themselves when letting fellow patrons get to their own seats although the burgundy color works with the wood.

“One day I climbed up as fast as I could to the olive grove where I had carried out all these experiments, but I had brought neither my liquid machine gun nor the live rhinoceros that I would have liked for the prints, nor even some half-dead octopus. It was the only time when, as it did not happen to Louis XIV either, “I would have to wait.” –Diaries, 1960

(How many Obama trucks are cruising the streets of Manhattan today?)

The Brothers Quay remind me somehow: always be blogging. 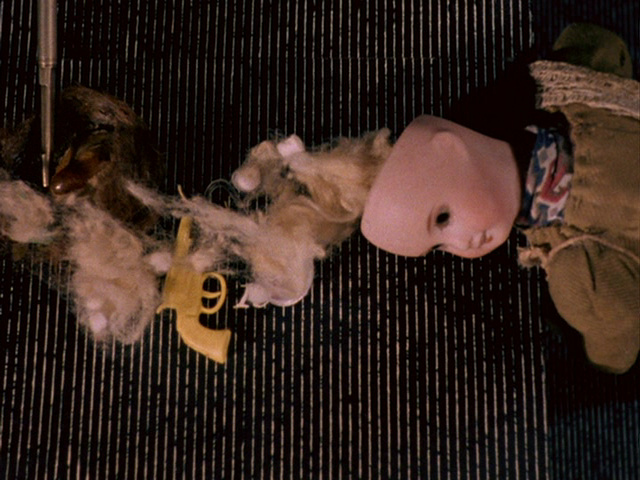 I saw a series of BQ movies around the time they came out and they had a profound influence on me. I feel funny recommending them to people for fear they won’t get it. Their films felt out of place in the 80s and today I feel I would have to KNOW that someone was at least into puppet animation before I would recommend the BQ to them. I’m disappointed they haven’t been very active lately but then, in my eyes, they are completely self-fulfilled artists and who would blame them having already achieved artistic nirvana.

One of the must-do fun things to do in NYC this summer is visit the Battery Maritime Building where David Byrne has installed an organ that plays the different pieces of an old building. New York Times has a write up with video today.

This reminded me of an episode: My senior year at UCSB, I took part in an “Armory Show” at the SB Armory. I was taking a free-form art class with painter/pianist Dick Dunlap who is probably the sweetest and most soft-spoken professors I ever had. Anyway, he and some friends had invented/built some instruments out of found and new materials and he invited members of this class to play the instruments at a show at the Santa Barbara Armory which is similar to the building where Byrne has his organ in that it’s mostly a giant old room.

I only remember two instruments. The first was the Stringed Tongue Coffin which was a vertical tongue-shaped box with a taut cable strung from the top to a flat sheet of plywood that was attached to the bottom at an angle. By stepping on the plywood you could control the pitch somewhat and play the string by plucking it or with a giant bow made of plumbing hose and wire. I played this instrument as I seemed best at making it loud. (I’m a bass player after all.) The other instrument was the Piano Harp which was stringed guts of a piano bolted to a flat wooden crate. You could either play the strings with mallets or by strumming it like a harp. This was played by my housemate, Craig Dunham. Damn, I wish there was video or even photos of this event. The video of David Byrne’s piece almost brought me all the way back… I just need to remember those other instruments. (Senior moment.)

Unfortunately, I’m going to miss it but this Saturday night to Sunday morning is the Bang on a Can marathon at the World Financial Center. Highly recommended for anyone with even a remote interest in new music.